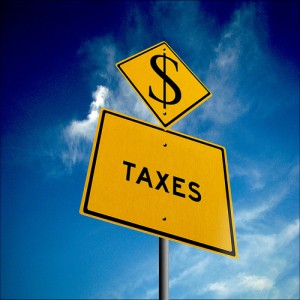 WASHINGTON — Beginning on Jan. 1, people who lose their home to foreclosure will be required to pay federal taxes on any unpaid mortgage the bank can’t recoup through an auction. The same will be true for homeowners whose loan principal is reduced by a mortgage modification, with the wiped-out loan being treated as taxable income. The new tax obligation will hit because the Mortgage Forgiveness Debt Relief Act expires at the end of the year.

The 2007 law was passed to save struggling homeowners from getting whacked twice, first by the sagging housing market and second by the Internal Revenue Service. Its expiration could push more people to remain in homes worth less than their mortgages, slowing the housing market’s recovery.

“The housing market is in its first stages of recovery, making now the worst time to take this exemption away from homeowners,” Rep. Jim McDermott (D-Wash.) told HuffPost. McDermott has introduced one of the bills geared toward extending the exemption.

The Washington Post reported on Friday that a number of former White House economic advisers and other economists consider the sagging housing market to be one of the greatest obstacles to recovery. Yet Treasury Secretary Timothy Geithner and others in the administration think there is little more they can do to help struggling homeowners, according to the Post.

Extending the tax exemption would help. The exemption, which can be as much as $2 million per household, covers individuals who negotiate a principal reduction on their existing mortgage, sell their house short (i.e., for less than the outstanding loans), or participate in a foreclosure process.

Under normal circumstances, homeowners who sold their house for less than the balance of the mortgage — and were forgiven the difference by the bank — would have to pay income tax on that windfall. Negotiating a reduction in the mortgage principal would also generate tax liability.

Read the rest of the article on Huffington Post.